Behold a modest proposal to add a two-way protected cycletrack on the east side of Valencia St and converting the west lane to one-way traffic, with lots of 10-minute loading zones for food pickup and commercial delivery and rideshare alongside lots of parklets and more human-friendly space. Also, the bikeway doubles as an emergency response lane.

Valencia St is a geometry problem. Rideshare, commercial loading, and food pickup/delivey aren’t going away, and neither are parklets or cyclists. While I’d love Valencia to be a car-free pedestrian promenade, that’s not going to happen any time soon. I’m also not a big fan of the rumors I’m hearing about bike lanes down the center of Valencia – paint and post are not going to keep cars out. But reallocating one lane of car traffic for wide, protected bike lanes, making more room for parklets, and making it easier for commercial traffic? Anyone can still drive on Valencia. Everyone gets something, and everyone is safer. 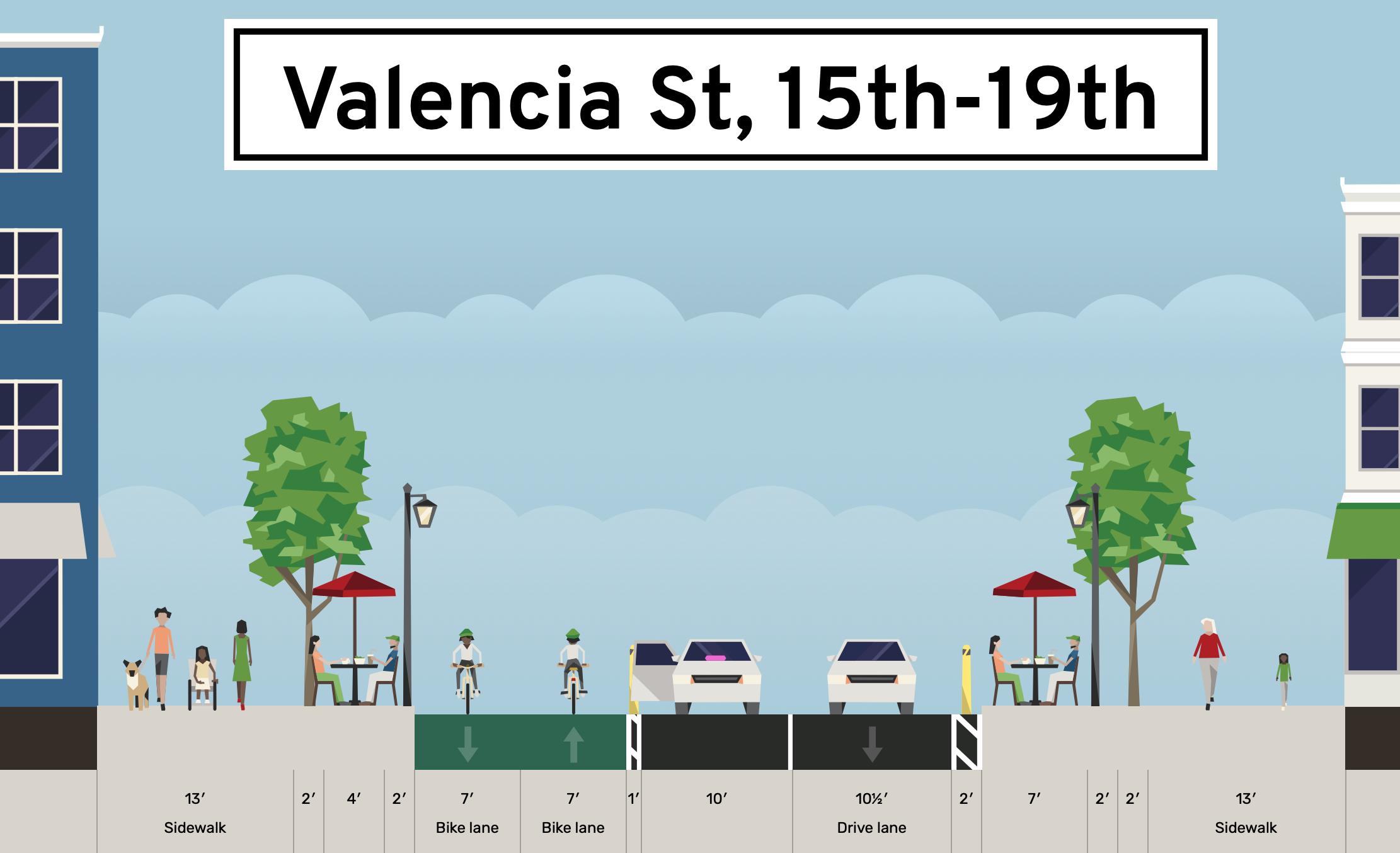 Zoomable map: marching ants indicate direction of travel. There are increasing levels of road detail and parklets visible as you zoom in.

There is no raw data available for Shared Spaces on data.sfgov.org, just a published map, but I used my mappy powers to liberate it for the purpose of this exercise.